A culture of casual racism

No one should be surprised at the death of Jimmy Mubenga at the hands of three G4S officers.

Twenty years ago, in 1993, a ‘specialist’ squad of deportation police – SO13, arrived at the home of Joy Gardner in Crouch End, London, to arrest and deport her and her 5-year-old son to Jamaica as overstayers. Unwilling to leave, she was handcuffed, wrapped up like a parcel in over 13-feet of tape and placed in a body belt with her ankles and thighs strapped together. 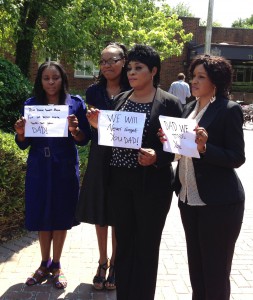 You may think that that was 1993, these things don’t happen now. But they do. Jimmy Mubenga’s horrific death, pleading for help as he was handcuffed, belted into his seat and pushed down, is a stark example of how deportations are routinely carried out in the UK. And by contracting out such state functions to private companies, the government seeks to absolve itself of responsibility.

The use of force during deportations is now commonplace, as are serious injuries sustained by asylum seekers and other deportees. The 2008 Medical Justice report, Outsourcing Abuse, documented the numerous injuries sustained by asylum seekers in detention and during forcible deportations. G4S came out as the worst ‘offender’. With deportations now being driven by market forces, the imperatives of a contract take priority: a pay cheque is apparently more important that behaving humanely.

The deaths of Jimmy Mubenga and Joy Gardner were no aberrations. There have been 576 suspicious deaths of BME people in custody (police and prison) since 1990 many of which, according to IRR research, have  featured unreasonable levels of force and show evidence of a casual inhumanity.

Take the case of Christopher Alder, a Black former paratrooper, who died on the floor of Queen Street police station in Hull with his trousers around his ankles in 1993. An inquest jury also found in this case that he was unlawfully killed. Later, CCTV  footage emerged of Christopher dying on the station floor accompanied by a soundtrack of monkey noises. What happened to the officers involved in his death? Despite an unlawful killing verdict and a failed prosecution, four of the five officers retired, with pensions intact no doubt. Nothing was done about investigating those making racist monkey noises as  he expired.

Afro-Caribbean Brian Douglas died in 1995, after being struck over the head with a baton on a South London street. An inquest jury recorded a misadventure verdict. However, some years later in May 2006, one of the police officers who was involved his arrest was found guilty of using racially aggravated insulting words and behaviour in another case.

The murder of Zahid Mubarek, a young Muslim man from Walthamstow, in Feltham Young Offenders Institute in 2000 showed racism at work in a most obvious way. Guards placed Zahid in a cell with a known racist.  Just days before his release date, he was beaten about the head by his cellmate with a table leg. He died days later in hospital. In the subsequent official inquiry into the death, it emerged that guards placed certain prisoners together in order to provoke fights in a practice called ‘Gladiator Games’.

There is no doubt there is a culture of casual racism within institutions such as the police and prison service that allows its employees to be careless about the welfare of or ignore the distress of those in their care, particularly when they are from BME communities. However, there is also a more serious racism that is bred in these institutions, a systemic and systematic racism, which is built into their very structures. It allows individuals to act out their racisms and get away with it. For they are unaccountable.

Read an IRR News story: ‘Jimmy Mubenga: a day in the life of an inquest‘

Read the Guardian coverage on the inquest

RACISM THOUGH ILLEGAL HAS NOW GONE UNDERGROUND IN UK. I WOULD RATHER HAVE BRITISH OPEN APARTHEID IN THE COLONIES OR IN SOUTH AFRICA THAN THIS HYPOCRISY OF BEING “GOODY GOODY” BUT ACTUALLY ROTTEN.

The hypocrisy is appalling, ‘wolves in sheep’s clothing’. A rattling snake seems a better foe than a python which tries to cover up it’s evil intentions. A frown is better than a plastic smile – full stop/period)… even offering a cup of tea or coffee yet knowing ‘no chance of you giving the client/candidate a loan/job. Let’s unite against that beast and chop it’s head whenever You and I or I and I spot it.

there seems to be endless cesspool of hatred and ignorance borne out of greed.