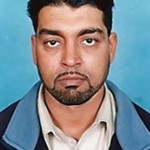 On 15 June, five Thames Valley Police (TVP) police officers were cleared of misconduct by a disciplinary hearing following the death of Habib ‘Paps’ Ullah after a stop and search in July 2008. The hearing came after a second inquest in March 2015 had taken place; the first being abandoned after it was revealed that police officers had changed their statements following the death (after receiving legal advice). It was these changes to their statements that were the subject of the disciplinary hearing, which is only the second to take place in public. (From 1 May under new regulations, misconduct hearings should be held in public.) (Read about the first inquest here and the second inquest here.)

The five officers, Detective Sergeant Jason Liles, PC’s Howard Wynne, Christopher Pomery, Katie Granger and Detective Constable Richard Bazeley, were all charged with gross misconduct (in relation to changing their statements) and Liles faced a further charge of misconduct in relation to slapping Ullah on the back during the stop and search.

In a statement following the hearing the Ullah family commented: ‘We are disappointed about the outcome of this Hearing but it does not reduce our desire to keep fighting for answers and justice. That the officers were exonerated of all wrongdoing goes against the IPCC investigation and the serious failings that were raised at both the Hearing and the previous inquests. The family are pleased however that the misconduct hearing of the officer’s involved in Habib’s death took place in public. Whilst we still have grave reservations about the role of the IPCC in the whole investigation it is nevertheless a significant step to have this hearing take place in front of us in the manner that it has. However the whole disciplinary misconduct process is questionable when officers are not challenged adequately about their conduct and the process of writing their statements.’

The family also intends to pursue a civil action against TVP and have made a complaint to the Solicitors Regulation Authority about the conduct of the Police Federation solicitor who advised the officers involved. 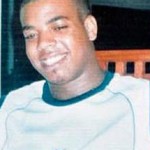 On 8 June, an ex-police officer, Antony Long, 58, became the first police officer to face trial on a murder charge in relation to a black death in custody. In April 2005, Azelle Rodney was shot eight times (six of which hit him) by the police while sat in the back seat of a car in Edgware, north London. Long joined the police in 1975 and was a specially trained firearms officer. The trial, being held at Court 10 of the Old Bailey, and is expected to last for four weeks, comes after a long campaign by Azelle’s mother, Susan Alexander, and the family’s lawyers. 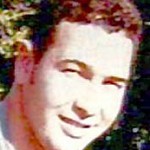 On 10 June, a hearing took place at the Grand Chamber of the European Court of Human Rights, in front of seventeen judges, for a claim lodged by the family of Jean Charles de Menezes in January 2008. De Menezes, a Brazilian electrician working in London, was shot dead by police officers at Stockwell tube station on 22 July 2005 who mistook him for a suspected terrorist. The case challenges the Director of Public Prosecutions’/ Crown Prosecution Service (CPS) decision not to prosecute the police officers involved in his fatal shooting. The decision could take up to six months and could have major implications for other controversial deaths in custody cases where the CPS has refused to prosecute officers of the state involved in a death. You can read a briefing on the case by the family’s solicitor, Harriet Wistrich (Birnberg Peirce), here. 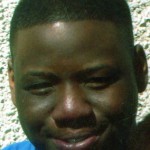 At the end of May, the CPS announced that there was insufficient evidence to charge any of the police officers involved in the death of 23-year-old Olaseni Lewis, who died after being restrained in Bethlem Royal Hospital in September 2010. The decision comes after the IPCC submitted their investigation (and reinvestigation) which the CPS has been considering since April 2015. Up to eleven police officers (including one who has now retired) were involved in the restraint of Lewis at the hospital, where he had been detained as a result of mental health episode. His family now awaits an inquest into his death. 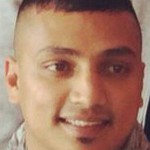 On 13 June, 25-year-old Istiak Yusuf, a Bangladeshi father of one, died after being arrested and held at Luton police station. According to the IPCC which is investigating the death, he was arrested at 8.47am and became ‘unresponsive in his cell and died at the scene’. A preliminary post mortem has proved inconclusive while his family say that he did not suffer from any medical conditions. His death is the second controversial death at Luton police station; Leon Briggs died there November 2013 (see below). 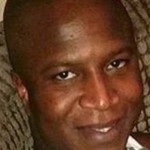 On 3 May, Sheku Bayoh, died after being restrained by up to nine police officers who used CS spray and pepper spray, leg restraints and handcuffs. The case has received widespread media attention in Scotland. The family’s lawyer, Aamer Anwar, has complained to the Lord Advocate after being told new guidelines issued in March 2015 by Police Scotland advise officers that they are entitled to delay giving a statement until they have sought legal advice if a criminal complaint could arise. This came after the Police Review and Investigation Commissioner (PIRC) announced that the nine police officers have agreed to give their investigators statements – a month after Bayoh’s death. Later that same week his funeral was held with hundreds in attendance. You can sign a petition on the case here. Read another IRR News article on the case here. 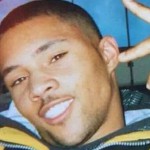 On 12 June 2015, a pre-inquest hearing took place into the death of 34-year-old Adrian McDonald who died after being Tasered on 22 December as he attended a party at a friends flat in Stoke on Trent. The IPCC has also viewed footage from body-worn cameras and five Staffordshire police officers have been notified that they are under investigation by the IPCC. Police said at the time that they had been called to reports of a burglary at the block of flats, Read an IRR News story on the case. 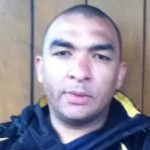 The family of Leon Briggs have criticised the length of time being taken by the IPCC in investigating his death at Luton police station in November 2013 after being detained under the Mental Health Act. The family claim that they were promised the report by Easter 2015 and are still waiting. 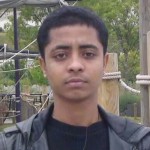 At the end of May an inquest recorded an open and critical narrative verdict into the death of 26-year-old Bangladeshi man Rubel Ahmed who was found hanged at Morton Hall Immigration Removal Centre on 5 September 2014, just days before he was due to be deported. The jury heard evidence on how two of the guards working that night had not received training in resuscitation for over ten years and could not remember training on how to deal with someone found hanging. The centre manager also told the inquest that there were lessons to be learnt following the death and that detainees were still being locked in their rooms two years after a recommendation that they shouldn’t be. Morton Hall was previously a prison and was converted to an immigration removal centre in 2011 and is one of the few not to be privately run but run by the Prison Service. The jury found that ‘various factors contributed to the death of Mr Ahmed, such as inadequate levels of communication between multi-disciplinary teams surrounding Mr Ahmed from the time of him being served his removal directions.’ The coroner, Stuart Fisher, also indicated his intention to submit a Prevention of Future Deaths Report and was critical of the slowness to inform Ahmed’s family of his death. (Read about other deaths in immigration detention here.)

At the end of May, the inquest into the death of Kingsley Burrell recorded a critical narrative verdict. 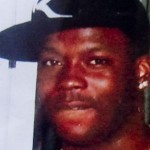 In March 2011, Burrell, out with his son in Birmingham, became agitated and called police and told them that he had been threatened with a gun by three men in a shop. CCTV footage from the shop showed Kingsley speaking on his phone and acting in a ‘fidgety’ manner (but there was no one else there other than shop staff). Police officers arrived and the lead police officer took the decision that Kingsley needed to be sectioned. He was taken by ambulance to Oleaster Unit in Birmingham and restrained on the journey. After being held there for few days he was then transferred to the Mary Seacole Unit, where police were called a few days later, by medical staff, after they claimed that Kingsley had armed himself with a toothbrush. He was again restrained and medicated and then taken to Queen Elizabeth Hospital to be treated for a minor cut (he was once again restrained on this journey and at the hospital). On his release from the hospital he was taken back to Oleaster Unit and placed in a seclusion room where he was later found not to be breathing. He was taken back to Queen Elizabeth hospital where he died the following day.

The inquest heard from numerous witnesses and there were ten interested parties, including those representing the family of Kingsley Burrell, the police officers involved, West Midlands Police Authority, the Royal College of Nursing and Birmingham & Solihull Mental Health NHS Foundation Trust.

At the inquest, police officers made numerous comments about Burrell’s size, strength and demeanour. Officers were also questioned on the use of force and tactics that had been used on a mentally ill man while he was being held in a secure hospital. The inquest jury ultimately found that neglect contributed to Burrell’s death and that prolonged restraint and a failure to provide basic medical attention were also factors.

Burrell’s family have tirelessly campaigned since his death and had previously called for a larger courtroom to hear the inquest which was refused. They were also critical of the composition of the jury which had only one black member. After the inquest verdict, the family called for a public inquiry into the case and held a demonstration in Birmingham city centre. His family are now calling for the misconduct hearing of the three police officers to be held in public and will be holding another demonstration in Birmingham on Monday 22 June in Birmingham. 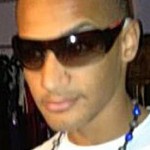 On 11 June, an inquest into the death of 20-year-old Devante Keane recorded a narrative verdict. Keane died after being hit by a train near Dartmouth Road, London, following a 40-minute police chase on 12 November 2013. Keane had been stopped by two police officers on suspicion of possession of drugs but broke free and ran away. He was pursued by a helicopter and dog units and after a chase he was knocked over and killed by a train. The inquest was told how the Met police alerted London Underground but failed to alert Network Rail and that the train driver would likely have been able to stop his train had he been warned. The coroner, Andrew Walker, was critical of the lost opportunities to save Keane’s life and of the policy where a train can be stopped if a train itself is in danger but the same does not apply if a life is in danger – as then the train can only be slowed down. 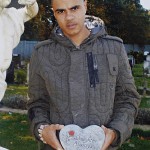 On 7 June a meeting took place in Tottenham where the family of Mark Duggan and others called for a public inquiry into policing. Janet Alder, the sister of Christopher Alder, also spoke about how she had been spied upon as she campaigned for justice following her brother’s death.

Read the IRR’s report on BAME deaths in custody, Dying for Justice