In a major blow for one of the few BAME women-led organisations left in the UK, Newham council has decommissioned London Black Women’s Project’s refuges for BAME women escaping violence.

Figures collated by Sisters For Change reveal that BAME and refugee women experience higher rates of domestic homicide and are three times more likely to commit suicide than other women in the UK. In addition, ‘40% of BAME women live in poverty and are more likely than other women to be living in a deprived area, have experience of the care system and suffer from discrimination and racism’. Yet despite these startling figures that reveal the desperate need for specialist services, since 2012, 50 per cent of shelters for BAME women in the UK have been forced to close due to government cuts. 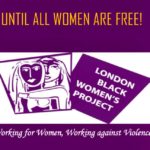 And now, London Black Women’s Project (LBWP), a vital organisation which has provided specialist services for BAME women escaping violence across London for over three decades – including providing refuges, counselling, legal advocacy and help with housing and welfare – has been informed by the London Borough of Newham that it has lost its tender for providing refuge accommodation. ‘A generic charity with no specialism in the needs of Black and minoritised women, would be awarded the tender to deliver our work instead’, LBWP write in an open letter, ‘If the decision is not reversed our specialist refuges and our ability to deliver lifesaving services for women and children in Newham will be at serious risk.’

Why we need specialist services

Set up in 1981, the London Black Women’s Project (formerly Newham Asian Women’s Project) is an integral part of the radical history of women’s refuges in the UK and has been a lifeline for the community for thirty-two years. Led by BAME women, and for BAME women, the organisation provides specialist services which incorporate an understanding of the additional barriers around racism, cultural expectations, language barriers and immigration issues which make it even more difficult for victims from a minoritised background to access support.

LBWP recognises that you cannot address gendered violence without dealing with larger societal structures and power imbalances: ‘We work under a gendered, anti-racist and anti-discriminatory framework to ensure that local communities are represented in an organisation that looks like them, spoke their languages, represented their needs and valued their voice, agency and presence.’ 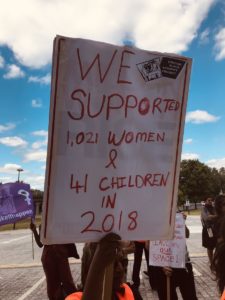 The need for BAME safe spaces for victims cannot be overestimated, as these provide an essential point of access to services such as health, social services and housing. This is particularly crucial at a time when people with insecure immigration status cannot access welfare benefits or publicly-funded services because of  ‘no recourse to public funds’ (50 per cent of casework of BAME service providers relates to victims with insecure immigration status). Immigration enforcement is increasingly coming before the protection of migrant victims of domestic abuse under ‘hostile environment’ policies. Without specialist support services, the exclusion of BAME women victims from systems of support remains a very real risk.

The gendered and racialised impact of austerity

Austerity cuts made by the government since 2010 have made BAME women’s lives more financially precarious and hit specialist support services particularly hard – between 2011-2012, BAME service providers for victims of domestic abuse experienced a loss of 47 per cent of funds. There are now only thirty-four specialist BAME services left in the UK which run on very little – Imkaan has found that the combined income of fifteen BAME-focused organisations in London is now less than the income of a single, more generic, provider. 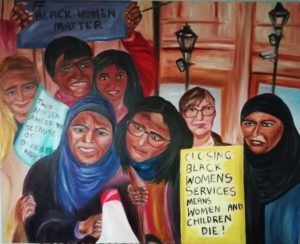 Painting by Sarbjit Johal, ‘Our Rights’

A focus on cost-cutting and generic service provision has led to a ‘one size fits all’ approach to violence against women and girls which has decimated specialist services for minority ethnic groups. Tendering processes have depoliticised organisations that originally emerged out of community organising at a time of need, which in turn professionalises those services which do win out and aligns them closer to the state –all the more dangerous when violence against BAME women is often at an intersection between interpersonal and state violence.

International NGO Sisters For Change documents how, across the country, specialist services are being replaced by generic organisations with very little experience or understanding about culturally-appropriate ways of supporting BAME victims. Zlakha Ahmed, founder of Apna Haq in Rotherham, writes on the irony of this: ‘while the government and local authority constantly highlight specific forms of violence against Black and Minority Ethnic women like forced marriage and honour crimes, they ignore and try to do away with the organisations which have shown to be effective in dealing with these forms of domestic violence’ [1] – pointing to the partial nature of the state’s commitment to supporting victims of domestic violence.

On 1 July 2019 a powerful protest took place outside Newham council with groups including Million Women Rise, Sisters Uncut, Imkaan, Latin American Women’s Aid, Apna Haq, Solace Women’s Aid, the Magpie project and the Ending Violence Against Women coalition  all demanding that the council recommissions LBWP. The Mayor of Newham Rokhsana Fiaz spoke at the protest and affirmed that she is looking into the seriousness of the situation.

Minoritised women need specialist services, and the fight to protect these spaces will continue. LBWP is asking for support from communities across the UK to demand that Newham Council withdraws their decision to decommission their services, and to call for central government to create a pot of ring-fenced funding for BAME services. As Anjum Mouj stated at the rally, ‘We are not going to go quietly. They didn’t want us here when we set up our services, and they don’t want us here now. This isn’t about money, this is about murder. We cannot let it happen.’

Newham council were approached for a comment but did not respond before we went to press.

We need safe spaces for BAME woman! Having previously worked in a refuge I know how important these places are and how women’s lives can be transformed