23 December: 34-year-old Adrian McDonald dies in Staffordshire after being tasered by police in the early hours of 22 December. (Huddersfield Daily Examiner, 23 December 2014)

30 December: A Freedom of Information request reveals that hundreds of police officers who have had complaints of racism against them upheld avoid dismissal. (BBC News, 30 December 2014)

16 December: Julie Phillips, who ripped up a Koran during a football match, becomes the first women to be banned from all grounds in the country (for three years). (Birmingham Mail, 17 December 2014)

23 December: Two men, Ryan Boon and Charlie Righelato, are jailed for a total of 21 years for a racist attack on a man outside a pub in Milton Keynes. The victim now has difficulty walking as a result of being stabbed during the attack. (MK Web, 23 December 2014)

23 December: 21-year-old Steven Banford is jailed for repeatedly breaching an Anti-Social Behaviour Injunction after he was found to have racially abused his neighbours in the Yardley Wood area of Birmingham. (Birmingham Mail, 29 December 2014)

4 January: An elderly Ghanaian man living in West Belfast says he is leaving the area after his house is paint-bombed in what the police are treating as a hate crime. (Guardian, 4 January 2015)

6 January: BBC News reports on concern by the Chinese community that racism against their community isn’t being taken seriously enough. (BBC News, 6 January 2015)

7 January: Two men hand themselves in to Chelmsford police station following an incident in which a family was racially abused on a late-night train from London to Essex in December. (Essex Chronicle, 7 January 2015)

9 January: Four Jewish people (Yoav Hattab, Phillipe Braham, Yohan Cohen and Francois-Michel Saada) are killed in a kosher delicatessen in Paris after being taken hostage by Amedy Coulibaly, a gunman claiming to be acting on behalf of Isis. (Channel 4 News, 9 January 2015)

12 January: The French Council of the Muslim Faith reports that over fifty Islamophobic attacks have taken place around France in the week following the Charlie Hebdo killings. These attacks range from grenades thrown at mosques and arson attacks, to pigs heads left outside Muslim institutions. (Libération, 12 January 2015)

12 January: Eight Muslim-owned shops and restaurants in Birmingham are attacked using hammers and guns on the nights of 10 and and 12 January, in two separate incidents. The police say they are unsure of the motive for the attacks. (Independent, 15 January 2015) 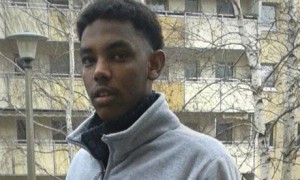 13 January: Khaled Idris Bahray, an Eritrean asylum seeker, is found dead with a stab wound in Dresden, Germany. His body is found the morning after a 25,000-person strong anti-immigrant rally in Dresden, and three days after graffiti was found in their flat saying ‘We’ll get you all’. (Guardian, 15 January 2015)

14 January: A Chinese woman and her baby narrowly escape injury in an attempted petrol bombing during a spate of racist attacks in Belfast. (UTV, 14 January 2015)

15 January: A 26-year-old man in Hull is jailed for ten months after racially abusing two people and smashing up a car. (Hull Daily Mail, 15 January 2015)

15 January: A 25-year-old man is arrested on suspicion of attempted murder following a knife attack in Mold, North Wales in which he reportedly shouted ‘White power’, before attacking an Asian man and leaving him with ‘serious but not life-threatening injuries’. (Daily Post, 15 January 2015)

26 December: UKIP’s Thanet South chairman Martyn Heale says it is ‘really depressing’ to be reminded of his former membership of the National Front, and that he ‘regrets’ what he did. (Guardian, 26 December 2014)

8 January: Ukip councillor Rozanne Duncan is expelled from the party after reportedly saying she has a problem with black people, saying there is ‘something about their faces’. (Independent, 8 January 2015)

12 January: David Cameron backs remarks by culture secretary Sajid Javid that whilst all communities in the UK have a responsibility to help track down terrorists, there is a ‘special burden’ on Muslims. (Guardian, 12 January 2015) 4 January: At least 30,000 people attend rallies across Germany, protesting against Patriotic Europeans Against the Islamization of the West (Pegida). In Dresden, where 18,000 supporters of Pegida have rallied, police link Pegida supporters to a brutal knife and club assault on migrant youths in a Dresden shopping centre on 22 December. The assault was carried out by fifty masked men immediately after a Pegida march. (Independent, 4 January 2015)

9 January: Fifty people are sentenced for their part in violence that broke out during an English Defence League protest in Birmingham in 2013. The sentences total more than 75 years. (BBC News, 9 January 2015)

14 January: According to HOPE not Hate research, support for the extreme Right (from which they exclude Ukip) has wained, though anti-Semitic attacks are on the increase. (Guardian, 14 January 2015)

16 December: The Court of Appeal rules that the blanket detention of asylum seekers pending appeal in ‘detained fast track’, who aren’t considered at risk of absconding, is unlawful. (Detention Action, 16 December 2015)

23 December: The Guardian reports that at least fifteen migrants have died in ‘shameful’ conditions in Calais in 2014. (Guardian, 23 December 2014)

27 December: A fence erected in Calais to prevent migrants from ‘escaping’ onto UK-bound ferries is blown down by strong winds. (BBC News, 27 December 2014)

30 December: The Migration Observatory reveals that there was no ‘surge’ of Romanian or Bulgarian migrants after restrictions were lifted. (Guardian, 30 December 2014)

31 December: The rightwing mayor of Champlan, France, refuses to permit the burial of a Roma baby in the town cemetery, stating that priority must be given to ‘those who pay their local taxes’. (Guardian, 4 January 2015)

6 January: The Home Office is criticised by campaigners after new figures reveal that twenty migrants have been held in detention centres for at least two years. (Independent, 5 January 2015) 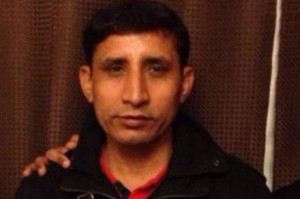 7 January: An inquest in Manchester hears that Tahir Mehmood, 43, died whilst being detained at Pennine House a few days before he was to return to his family in Pakistan. (Manchester Evening News, 7 January 2015)

7 January: The funeral of 5-year-old Andrea Gada, a hit and run victim, is delayed after her family from Zimbabwe are denied visas to attend. (BBC News, 7 January 2015)

8 January: Figures reveal that more than 600 children, the majority under 12 years old, have been held in detention under immigration rules in the four years since the government claimed to have ended the practice. (Independent, 8 January 2015) 14 January: A report by Women for Refugee Women reveals that female detainees at Yarl’s Wood immigration removal centre are routinely humiliated by male staff who monitor them when they are using the toilet, are showering or are naked in their rooms,. (Guardian, 14 January 2015)

2 January: Employment agency owner and motivational speaker Mike Waterton denies sending a message gloating about his holiday in Cancun to 150 Polish workers, who have been left jobless and allegedly owed money in wages, after his agency collapses. (Independent, 2 January 2015)

6 January: Mayor of London Boris Johnson criticises the ‘multi-culty Balkanisation’ of Britain, asserting that some NHS staff are unable to make themselves understood in English. (Guardian, 6 January 2015)

13 January: Thirty protestors gather outside the Ayrshire Post in Scotland, accusing the newspaper of xenophobia and racism in a story about begging and homelessness. (Guardian, 15 January 2015)

20 December: Fans of Clapton FC are attacked by far-right groups at an away football match in Southend. (Anti-Fascist Network, 5 January 2015)

1 January: The Football Association rejects claims made by Wigan chairman Dave Whelan that he was misquoted by the Guardian regarding offensive remarks about Jewish people.  (Guardian, 1 January 2015)