How the neoliberal project embeds corruption in Britain

The central message from an important new book is that combating corruption needs to be placed at the centre of social justice campaigns.

Writing in the Huffington Post in June 2015, prime minister David Cameron called on world leaders to learn lessons from the FIFA scandal and ‘break the taboo on talking about corruption’. From ‘the migrants drowning in the Mediterranean … fleeing from corrupt African states’, to the ‘corrupt governments preventing people getting the revenues and benefits of growth that are rightfully theirs’, to the ‘ordinary people [who] are drawn to extremist groups partly as a reaction to the oppression and corruption of their own governments’, he argued, corruption is ‘the cancer at the heart of so many of the problems we face around the world today’. A threat to ‘our security and prosperity across the world’, was how he described it; a threat that could be combated through ‘tax, trade and transparency’. And Britain, he argued, has ‘taken important steps in practising what we preach’.

Framing corruption as a foreign problem 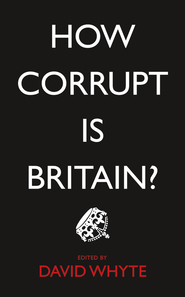 Such perceptions of corruption, shrouded in neoliberal dogma, are challenged in How corrupt is Britain?, a collection of fourteen essays published earlier this year, edited by radical criminologist David Whyte. With contributions from scholars with extensive experience in researching and analysing corruption and corporate power, it shows how such definitions – driven in large part by political elites – construct a narrative within which corruption is seen as something that predominantly happens elsewhere, generally in post-colonial African states in the global South, in oligarchies in Russia, or in ‘our Southern European counterparts’. It is a narrative that constructs a definition of corruption as a by-product of ‘weak governance’. And where corruption is found in Britain, it is ‘only found at the margins’ of institutional and economic life.

Split into four sections – on neoliberalism and corruption, policing, government and public institutions, and finance and the corporate sector – each chapter provides in the first instance a riposte to such claims. As the introduction sets out, the £3 billion in fines that HSBC, Lloyds and Barclays have recently had to pay for ‘money-laundering and sanctions-busting’, the ‘steady stream’ of lobbying scandals, the allegations of price fixing in the energy supply industry, the ‘cash for questions’ and expenses scandals in parliament and so on, all indicate that it may be time to start thinking about a ‘quintessentially British … brand of corruption’.

But the question of the title is not a simple quantitative one. The collection says something about the levels of corruption in Britain, but much more profoundly claims that corruption is a ‘routine practice that is used for maintaining and extending the power of corporations, governments and public institutions’. How, asks the book, does corruption work? And it is in answering this question that the contributors speak most directly to the concerns of social justice movements today. 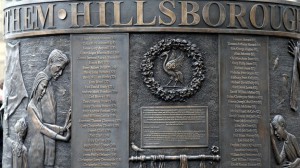 In a panoramic overview of police corruption, for example, Phil Scraton examines the recent acknowledgement of embedded police corruption over Hillsborough (also set out in detail in a chapter by Sheila Coleman), in the investigation of the murder of Stephen Lawrence and the infiltration and instigation of sexual relations with animal rights activists and others. The myth of policing by consent shatters when set against ‘institutional differential policing’, the manufacturing of evidence, entrapment and surveillance. And, as Scraton shows, police corruption cannot be seen as a peripheral activity undertaken by the occasional officer, but rather needs to be understood as something related to the broader institution and activity of policing. Further, as Joanna Gilmore and Waqas Tufail go on to show, the mechanisms charged with ‘policing the police’ (most specifically the IPCC) not only fail to hold them to account, but can embed corruption further.

Accountability, neoliberalism and ‘the new normal’

Questions about accountability are central to this book, underpinned in large part by an analysis of the embedding of corruption in the neoliberal era. The UK’s neoliberal counter-revolution may have been ushered in under the Thatcherite slogan of ‘there is no alternative’ (TINA). But, as Jörg Wiegratz argues, these ‘reforms’, as well as the values they advance such as ‘unrestrained self-interest, wealth accumulation and consumption; achievement, enjoyment, materialism, money availability, and individualism …’, have been gradually institutionalised as ‘the new normal’. The point is important. For while How corrupt is Britain? does not claim that neoliberalism is the sole rationale for corruption, in Britain or elsewhere, it does argue that the neoliberal project – too often understood simply as an ‘anti-state’ project – has been accompanied by a concerted increase of particular forms of state power which ensure that certain key British institutions and sectors are granted relative impunity when corruption occurs. 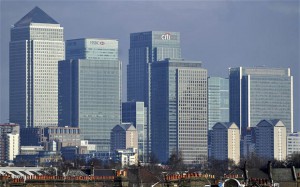 It is state power, in other words, that ensures in many cases that they are ‘too big to fail’, even when rampant corruption is exposed. This can be seen in the continued transfer of public money to companies such as G4S despite a procession of well publicised scandals. But it is this notion of being ‘too big to fail’ which also provides one of the links between corruption in institutions such as the police and the security services with that within other sectors such as banking and finance.

The UK, as John Christensen explains, is the world’s ‘leading purveyor of financial secrecy’ when overseas territories and crown dependencies are taken into account. It has market dominance in tax havens (or ‘secrecy jurisdictions’) which are widely recognised as contributing to the ‘impoverishment of countries, rich and poor, by enabling capital flight, kleptocracy, tax evasion and avoidance on an industrial scale’. This form of corruption, with historical roots in the way the Foreign and Commonwealth Office encouraged some British overseas territories to develop as secrecy jurisdictions, shows how corruption elsewhere can be linked to policies and practices here. It is a form of corruption serving the interests of ‘a class of unaccountable, untouchable offshore-diving super-rich’. And, as Prem Sikka discusses, in an analysis of the ‘big four’ accountancy firms, the corruption which underpins the workings of the UK’s financial industries is linked to the way major players have been allowed key roles in developing the frameworks which regulate their activities.

It is deregulation, self-regulation and an unwillingness or inability of governments to enforce regulation that Steve Tombs examines in a chapter on ‘corporate theft’ by financial services firms (specifically, personal pension frauds in the 1980s, endowment mortgage fraud in the 1990s and the ‘miss-selling’ of payment protection insurance more recently). ‘Literally, “normal business”’, he explains, is in this context ‘now corrupt business’. But the retail arms of financial services companies have inflicted systemic harm upon millions of people with impunity. Claims for compensation have frequently been resisted; the costs of them have been dispersed through raising prices or charges for other products. The representation of financial services companies as the ‘good’ or ‘clean’ side of banking (as opposed to investment banking arms) still predominates.

A political economy of corruption 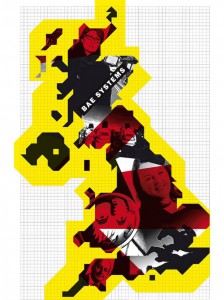 What all of this points to, as emphasised in the introduction, is a political economy of institutional corruption within which corruption itself is a form of class power. Corruption, as the book explains, is related to notions of the public interest. And in an era when neoliberalism has, in large part, been normalised, the ‘public interest’ has been reduced to the pursuit of profit. If corruption is produced ‘when the means of particular policies and practices are subjugated to the ends’ – that is, it reproduces the inequities of a particular social order – then it is of little surprise that those communities which are targeted and criminalised within that same unequal social order often feel corruption’s brunt. And it is equally of no surprise, then, that the contributors in this book – many of whom are activists themselves – point to the resistance to corporate and state power that is emerging – be it over police monitoring, challenges to corporate dominance, movements against inequality, investigating torture by the British government or groups exposing the UK’s private finance initiative. This is an important book that comes at an important time.

How corrupt is Britain?, by Pluto Press, can be purchased here

I have been a victim of racism corruption by the Metropolitan Police and by the justice system, which seems to have been supporting and defending the Metropolitan Police at the expense of my right to have a home of my own after police officers illegally removed me from the mortgage-free property, which I inherited.
Consequently, I have been homeless since October 2016 and have been living among total strangers and have been forced to share all utilities and germs with them. I am an elderly woman. I am unable to isolate myself from the virus and I have no space to store food. Police officers removed me from my home to aid property fraudsters, despite prior knowledge that had been no due process of law. Police officers locked down my home, confiscated by possessions, then brought trumped up charges against me. The charges were proved to be false and the eviction illegal, yet I lost my home, refurbishment cost, possession, pets and peace of my. My very life is now at risk. I am literally waiting to die.

Have written comments above, regarding police corruption and racial discrimination, which had led to my the Metropolitan Police sending their officers to illegally remove me from the mortgage-free property, which had been my home for 10 years and which I inherited. Police had prior knowledge that they were involved in property fraud and were not acting professionally. Police illegally confiscated everything I owned and I have been forced to live among strangers; to share utilities and germs with them. I am an elderly woman who is unable to isolate myself from COVID-19 virus and am literally waiting to die. I have no space to store food.
Police also brought trumped up charges against me intending to have me imprisoned for at least 2 years. The charges were proved to be false, and the eviction illegal, but I have no access to justice as the Metropolitan Police has continued maligning me.