Is the prime minister’s defence of free speech ‘humbug’?

If we are not vigilant, the government’s attempts to deny the links between speech that inflames and actual acts of physical violence could be extended to deny or excuse incitement to racial hatred.

On BBC’s Andrew Marr show, Boris Johnson defended his use of ‘martial metaphors’ in the first parliamentary debate since parliament was reconvened after the Supreme Court ruled prorogation unlawful. As Marr repeatedly criticised the prime minister’s response to Labour MP Paula Sheriff, Johnson defended his behaviour as a ‘model of restraint’. He said he was  justified in telling Sheriff ‘I’ve never heard such humbug in my life’, after Sheriff, a friend of the late Jo Cox, pleaded with him to stop using ‘inflammatory language’ because, argued Johnson, ‘if you cannot use a metaphor like surrender to describe the surrender bill … you are impoverishing the language and diminishing parliamentary debate’. 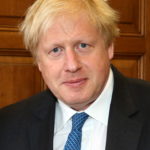 But it is not just Labour politicians – many of whom have, since the Brexit vote, been subjected to constant death and rape threats and have had to have  panic buttons installed in their offices and homes – who have something to fear from the Conservative government’s use of words like ‘surrender’, ‘betrayal’ and ‘traitor’ to force through a No-deal Brexit. Such words embolden the far Right, as the Muslim community of Dewsbury, West Yorkshire well know. They are bracing themselves for the resumption of far-right incitement in the region. The Yorkshire Patriots – who incidentally use the slogan ‘No Surrender’ on their logo – have announced that the first demonstration in the region since Jo Cox’s murder in 2016 will take place on 12 October. Other communities are also feeling the backlash. A day after Johnson’s performance in parliament, police in Lewes, East Sussex, announced they were  investigating a spate of suspected hate crimes committed overnight, including the spraying of the words ‘Fuck the Jews Soros’s Whores Traitor’s’ on the garden fence near a house with a Stop Brexit sticker, which also had a brick thrown through its window.

Comparisons with Alternative for Germany

In the UK, we used to pride ourselves that we were different to the Continent in that we did not have a powerful electoral far Right and racist party in parliament. But now we see Conservative leaders, either consciously or unconsciously, mirroring the tactics of the far-right racist and Islamophobic Alternative for Germany (AfD), whose provocations come in a country where pro-migrant politicians have not only suffered death threats, but knife and gun attacks, arson and murder. The AfD’s tactics are to assert the will of a white elite through the referendum process and break down taboos in the ways that ‘race’ can be discussed, with the aim of dismantling anti-discrimination and human rights legislation. Recently, an AfD politician refused to observe a minute’s silence for the murder by a far-right activist of Walter Lübcke, a Christian Democrat politician in Hesse who had received death threats after he spoke up in favour of welcoming refugees. The AfD’s insolence knows no bounds. Its leadership now claims that Lübcke’s murder has been used to defame ‘political enemies’, that far-right terrorism is ‘bird shit’ compared to the threat posed by the far left and radicals, and that if it wasn’t for Chancellor Angela Merkel’s migration policies ‘Walter Lübcke would still be alive’. 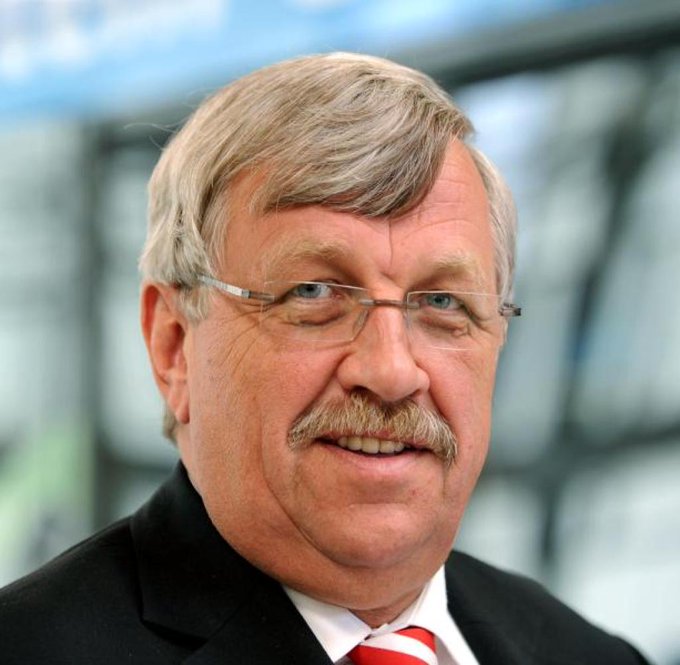 While the current Conservative leadership  has not gone that far when it  comes to tarnishing the memory of the murdered Labour MP, Jo Cox, the prime minister came perilously close when he told parliament that the ‘best way to honour the memory of Jo Cox … is to get Brexit done’.

The mistakes of Jacob Rees-Mogg

When it comes to learning lessons from far-right groups like AfD, the leader of the House of Commons, Jacob Rees-Mogg, has some form. In August 2013, Searchlight revealed that Rees-Mogg had been a guest speaker at a dinner organised by the Traditional Britain Group (TBG), a Conservative pressure group that opposes non-white immigration to the UK and, according to Hope Not Hate, has links to the European Alternative Right. The TBG was founded by Gregory Lauder-Frost, a former officer of the anti-communist Western Goals Institute. Lauder-Frost was also formerly spokesperson for another pressure group, the   Monday Club, though the Conservatives broke formal links with it in 2001 over its views on race and its policy goal of voluntary repatriation for ethnic minorities – leading many of its members to join the TBG.

When a photograph emerged of bow-tied and dinner-suited Rees-Mogg seated alongside Lauder-Frost, Rees-Mogg was quick to apologise, admitting that he had ‘clearly made a mistake’. Yet it seems that mistakes of this sort are something of an ingrained trait as far as Rees-Mogg is concerned. He recently got himself in hot water again by tweeting approvingly a video of AfD leader Alice Weidel. He had taken it from a YouTube channel that specialises in circulating far-right materials. Following a protest, Rees-Mogg claimed that he did not endorse the AfD’s views but was sharing the video because what Weidel was saying about Brexit was of ‘real importance’ and represented a ‘German view’ and a ‘strand of German political thinking’ that should be listened to.

The art of obfuscation 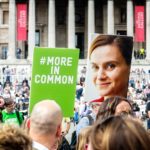 Photos taken at the birthday memorial for Jo Cox 2016. © wikicommons

But if Rees-Mogg is known as a stickler for rules and correct expression, the same cannot be  said for Boris Johnson, a former editor of the Spectator and Daily Telegraph columnist, who delights in reckless provocation, always reaching, like some sort of linguistic artful dodger, for the ‘it’s just a joke’ excuse when accused of racism. (Words have been ‘wrenched out of context’ is another of the artful dodger’s deceits.)  So when recently reminded by Sky News’ Sophia Ridge that in his 2002 Daily Telegraph column (‘If Blair’s so good at running the Congo, why doesn’t he stay there’), he had described Commonwealth citizens as ‘piccaninnies’ and African ‘tribal leaders’ as having ‘watermelon’ smiles’, Johnson portrayed himself as misunderstood, as he was only using language in a ‘satirical way’, he said. And recently in parliament, following Labour MP Tanmanjeet Singh Dhesi’s heartfelt plea that Johnson be called to account for past racism, he defended his August 2018 Telegraph column comparing Muslim women who wear the burqa to ‘letterboxes’ and ‘bank robbers’, on the grounds that it was a ‘strong, liberal defence … of everybody’s right to wear whatever they want in this country’.

The Oxford English Dictionary defines ‘humbug’ as ‘deceptive false talk and behaviour’. The prime minister is using the tactic of obfuscation and the language of deception to dodge attempts to hold him to account for his words, and further deceive. If he’s doing his job as prime minister properly, he would not be unaware of the high levels of anti-Muslim hate crime in the UK, yet he knowingly pokes fun at and demeans Muslim women, and then passes it off as erudite satire. He knows that female Labour MPs face death and rape threats   and yet he mocks their fears as ‘humbug’ or, as he told Marr, ‘an attempt to conceal the effect of the Surrender Act through a cloud of indignation’.

Turning reality on its head

What we are now seeing, amongst Johnson’s supporters, is the careful construction of a narrative that turns reality on its head. It’s not the opposition, BAME citizens and others who suffer violence and who are the victims of the current climate, but the prime minister who is being prevented from exercising free speech by the knowing manipulation of ‘outrage’ by his opponents, who create a ‘cloud of indignation’ that is not only preventing him from being heard, but stopping the Brexit deal being done. In an article entitled ‘MPs and the outrage game’ the Spectator’s associate editor, Douglas Murray, accused opposition MPs of the politics of ‘performance’, ‘playing games of language and offence taking’. And writing in Conservative Women, Paul Wood defends ‘Beleaguered Boris in a hurricane of humbug’, stating that any talk of violence is a ‘tactic of invoking a victim group’ with ‘accusations of encouraging violence’ frequently being ‘a tactic used against the Right’.

So there we have it. Actual physical violence doesn’t exist.  All that exists is the opposition’s ‘tactic’ of evoking violence for political gain. The anti-racist movement and equalities campaigners need to be aware that though today this attempt to deflect criticism of politicians’ use of inflammatory speech may be taking place in the context of Brexit, tomorrow it could well be extended to dismiss and excuse actual incitement to racial hatred. All the signs are that freedom to offend takes priority over freedom to life.