Is the ‘war on Covid-19’ morphing into a war on the poor?

The pandemic is revealing the ways in which global health outcomes are shaped by race, class and indigeneity.

As the pandemic spreads to every region of the world, and threatens Indigenous Peoples [1] who are now developing their own ‘self-determined protection mechanisms’[2] early signs suggest that the global war on Covid-19 is morphing into a war on the poor. This makes it even more important that, as we build self-help in our communities locally, we also think globally. As mutual aid blossoms in the UK, so too must international solidarity.

Covid-19 is revealing to us, in the most brutal way imaginable, the nature of our world. It is laying bare its unconscionable race, indigenous and class fault lines. Indigenous people are all now at especial risk; a similar vulnerability is unravelling the world over.

Infographic made by the Indigenous People’s Organisation (ORPIO)

In Brazil, Indigenous Peoples, who suffer disproportionately from respiratory infections, are having to dig deeper into the Amazon rainforest to avoid the pandemic. In Australia, Aboriginal people and Torres Strait Islanders, who have high levels of diabetes and renal failure, are at greater risk of severe attack from Covid-19 than other groups.  In the US the health issues faced by American Indians, accompanied by the lack of specialist health facilities in reservation areas, also places them, too, at higher risk of Covid-19 death.

When it comes to race and class, there are already disturbing patterns of infection emerging — among African-American communities in the US, for instance, where the coronavirus is  spreading at high speed in big cities like Chicago, New Orleans, Detroit and New York. In the UK , too, early research into people hospitalised with  critical cases of Covid-19 indicates that Black and Asian people are more than twice as likely to be severely affected than white people. Meanwhile, for those who live in overcrowded and unhygienic  refugee camps, whether it be Palestinians and Syrians in Lebanon, or Africans and Afghans in Greece, the future, should there be a coronavirus outbreak, is frightening – although NGOs and EU doctors  are  doing all they can to prevent such a scenario.

In any pandemic, there is a specific relationship between pathogen, host, and environment. Now organisations which study that environment, such as the European Environmental Bureau,  show that people experiencing air pollution-linked health issues are being disproportionately affected by the more severe version of Covid-19. Pollution is involved in predisposition, transmission and susceptibility to the disease. Researchers have long proven the link between pollution and poverty, with the Union of 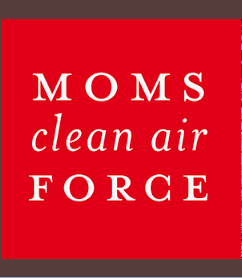 Concerned Scientists in the US in 2019, for instance, detailing how  African Americans and Latinos breathe in about 40 per cent more particulate matter from cars, trucks and buses than white Californians, and that households earning less than $20,000 a year and people who don’t own cars suffer vehicle pollution levels about 20 per cent higher than the state average. Now there are signs in the UK that the Department for the Environment, Food & Rural Affairs (Defra) and the Air Quality Expert Group are worried about the impact of air quality on viral infections like Covid-19. They are calling on the scientific community to provide evidence and analysis in order to provide better estimates of UK emissions, concentrations and exposure during the pandemic.

Policing lockdown through violence and humiliation

Not only are pollution and poverty imbricated in Covid-19 health outcomes worldwide,  but the knock-on effects of Covid-19 lockdown measures mean that, if you are poor, you are more likely to be singled out for punishment under the states of emergency lockdown measures implemented so far by seventy countries. The International Work Group for Indigenous Affairs (IWGIA) warns that in response to COVID-19 inspired lockdowns, countries like Colombia, have introduced or increased the presence of military and police in rural areas where Indigenous Peoples live, leading to gross human rights violations and even the cold blooded murder of human rights defenders.

Colombia is not an isolated case, as a Guardian report on violence and humiliation used to police coronavirus curfews around the globe, attests. In India over the past weeks, workers, who now face extreme hunger on the empty streets of big cities, have begun a mass exodus back to their villages, often walking hundreds of miles to do so. Photographs and videos of poor Indians being humiliated and beaten by police have emerged. In one case, migrants, returning from Delhi, were sprayed with a bleaching agent, sodium hypochlorite, which can cause damage to the skin, eyes and lungs, in an apparent attempt to disinfect them before they entered their home state. Elsewhere, in Punjab, people accused of breaking quarantine rules were made to do squats while chanting: ‘We are enemies of society. We cannot sit at home.’ We have also seen, in the Philippines, president Duterte issue instructions to the military to shoot to kill anyone violating quarantine or causing a disturbance during the pandemic. Already one such ‘troublemaker’ a 63-year-old man who had been drinking has been shot. President Duterte is already known for his deadly war against drugs (read war against the poor) which he claims is backed by the US President Donald Trump.

While we may feel that as Europeans, we are safe from the extreme human rights violations and dictatorial power grabs in other parts of the world, there is clearly no room for complacency. In Hungary – where it is believed information about the true infection rate of Covid-19 is being suppressed —  a new law allows  Prime Minister Viktor Orbán to rule by decree indefinitely. Meanwhile in the UK, the civil rights organisation Liberty has issued a strong statement describing the Coronavirus Act 2020 as a ‘drastic reimaging of state power’ and the ‘biggest restriction of our freedom in a generation’. Amongst other things, the Act removes social care standards, leaves disabled people at risk of inhumane treatment, and allows the authorities to forcibly detain anyone they believe could be infected with the coronavirus. 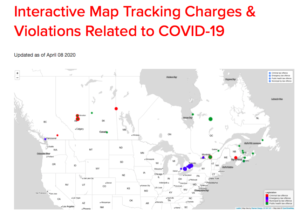 In the UK, anti-racist and police monitoring organisations are also concerned that entrenched race and class inequalities are being exacerbated by the government’s handling of the pandemic; not just in terms of legislation like the Coronavirus Act 2020, but also the way lockdown is being policed. No right-thinking person would deny that in a pandemic, public health (freedom to life) takes precedent over freedom of movement. And there is near universal agreement that temporary restrictions on freedom of movement are needed to protect lives. However, the impact of lockdown restrictions is not felt equally and have incredibly different social if not economic implications depending on the compounding of race, gender and class. So far, those in positions of authority, in the leadership of all the political parties, seem complicit in, unaware or uncaring of discriminations. If you live in a densely built high-rise areas, if you do not have a garden, or even a balcony, if you are trapped in overcrowded flats with young children, you need desperately to get out into open air. Parks and green spaces are vital to public health. As long as you abide by physical distancing rules laid down by the government, you should not be fined or shamed for going out into the open, or have the choice taken out of your hands by the closing of your local park – be it Brockwell or Victoria.  As Lynsey Hanley cogently explains, ‘Space – how it’s apportioned, how it’s governed, how it’s made available to some and denied to others – is always political.’ She concludes that ‘This shaming of anyone and everything who has sought some fresh air outdoors over the past two weeks has got to stop.’

There is now a very real danger that the long-held enduring belief in Black and multicultural Britain that poor and BAME communities are unfairly targeted and over policed will be aggravated by Covid 19 policing measures that take a stigmatising and punitive form. [3] We urgently need those in authority to be sensitive to this, and for the political opposition to speak up. 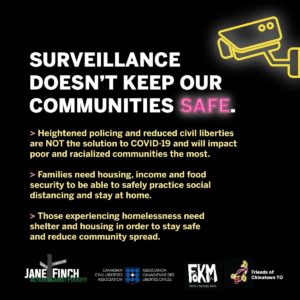 History teaches us that inhumane police practices are quick to establish but hard to dismantle with long-term consequences for policing by consent within a democratic order.

[1] Although the Covid-19 pandemic has emerged in the era of globalisation, parallels can be made to the epidemics that accompanied colonial expansion and the kind of xenophobic responses, particularly aimed at Asians, that accompanied European and North American responses to the threats posed by infectious diseases. See Alexandre R White, ‘The art of medicine: historical linkages: epidemic threat, economic risk and xenophobia’, The Lancet, 27 March 2020. [2] As the IWGIA explains, ‘Isolation or social distancing", new for most of society, is actually a strategy and a way of life adopted by various Indigenous Peoples, specifically termed "in isolation", to protect themselves from the devastating effects of diseases and the violence historically unleashed against them [3] The same holds true in France where there are allegations that police violence is on the increase.