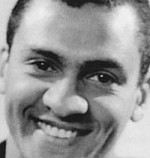 The family of Jay Abatan, having learned that a serving police officer was with a group of people who fatally attacked Jay fifteen years ago, have met senior police officials. 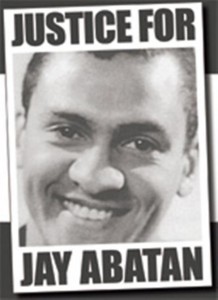 Michael Abatan met the Sussex Police and Crime Commissioner Katy Bourne on 14 August 2014 to discuss the lack of progress of the investigation into the death of his brother. The meeting came after Sussex police revealed that a serving police officer had been with the group who attacked Jay on 24 January 1999. This information had not been disclosed to either the family, or the other police forces involved in the investigation, Essex and Avon & Somerset. The family alleges that the police links with the group of attackers has lead to a ‘wall of silence’ around the case.

Jay Abatan was attacked after a night out with his brother and a friend in Brighton. He was punched twice and fell to the ground, hitting his head. He died five days later. The incident resulted in two men, Graham Curtis and Peter Bell, facing trial for affray and actual bodily harm to Jay’s brother, Michael, on which they were cleared. The jury was not told that Jay had died as a result of injuries sustained during the same attack because the judge thought it might influence the verdict. No-one was ever charged in relation to the attack on Jay.

A disciplinary tribunal of the police officers involved in the failed investigations into the murder found two officers guilty of various misconduct charges.  However, the officers received only a reprimand and cautions for the failings, which included the failure to set up a major incident room; police officers allegedly being told to work on Jay’s case during ‘downtime’; as well as CCTV not being seized on the night of the attack.

Sussex police only treated the attack as racially motivated two years after it took place, after a sustained campaign by Jay’s wife and family.

A three-week inquest finally took place in October 2010, and found that Jay had been unlawfully killed. The inquest heard medical evidence confirming that Jay had been hit twice, something the family had always believed but that police had denied.

‘My family can no longer trust Sussex police’

Earlier this week, speaking about the revelation that a police officer had been with the group of attackers, Michael Abatan said: ‘My family can no longer trust Sussex police. We cannot understand why such significant facts have been kept from us regarding the night my brother was attacked. Important material such as this should have been fully disclosed to us, Essex and Avon & Somerset forces and also to the public … Given the catalogue of flaws we have been subjected to, this merits a full public inquiry into the case and I will be taking this up with the Home Secretary.’

Cousin attacked my BROTHER what i do