A mentally ill Nigerian woman stands naked on the runway in Lagos and takes an overdose. She has just been deported from Britain. The Home Office calls this ‘Operation Majestic’.

The deportation of star pupil Yashika Bageerathi to Mauritius put Home Office practice in the spotlight. Now a new report by the prison inspector gives the full picture. And it includes African asylum-seekers being kicked out of Britain in leg restraints and paper suits.

If you still think the Home Office is a ‘soft touch’ on immigration, then you probably have not heard about its charter flight programme. Unwanted people are packed onto specially hired planes in the middle of the night and sent back in their droves to Nigeria, Afghanistan and Pakistan. The departure airport is kept secret, to prevent protesters from disrupting the flight.

It is nothing new. This shadowy programme has involved approximately 800 flights since it began in 2001, removing almost 30,000 people from the UK. It went on for a decade before independent inspectors were even allowed on board to observe the flights, in 2011. 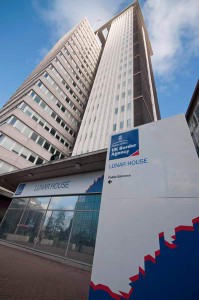 Their first reports were not reassuring. On a deportation to Nigeria, a flight plan which the Home Office curiously code-names ‘Operation Majestic’, ’inspectors were very concerned at the highly offensive and sometime racist language they heard staff use between themselves. Quite apart from the offence this language may have caused to those who overheard it, it suggested a shamefully unprofessional and derogatory attitude that did not give confidence that had a more serious incident occurred, it would always have been effectively dealt with.’

Three years after that flight, the findings from a follow-up inspection have just been released.[1]

The Chief Inspector of Prisons, Nick Hardwick, wrote that, ’While there were some noticeable improvements, especially in the attitudes and language of escort staff, several of our recommendations have had to be repeated verbatim this time. The distress of detainees undergoing removal is evident from the behaviours and accounts outlined in this report.’

Less racist language is an improvement. But still, the Inspector had to rebuke escort staff for comments like, ‘We should wear burqas – not being funny’.

The rest of the report is certainly not funny. What Nick Hardwick calls ‘the distress of detainees’ reeks through the sanitised pages.

The section on ‘Preparation and departure from removal centres’ reveals that, ’A detainee at Colnbrook had self-harmed and barricaded himself in his room before removal.’ Guards managed to restrain him and he surrendered a razor blade. But the Inspector said this ‘stressful and risky situation’ could ‘have been completely avoided’. The Home Office had failed to complete the necessary paperwork for the man’s deportation, so he could not have been put on the flight that day anyway.

The next paragraph has a desperate line: ‘Another detainee at Harmondsworth had been banging his head against a wall repeatedly the evening before departure’. He was not the only one on suicide watch: ‘Another detainee had taken his clothes off at Tinsley House and refused to leave, saying that he would hurt himself and would rather die’. This man was handcuffed and placed under constant supervision. The report does not say what situation these men had run away from, or what they feared going back to. But my own encounters with passengers on Operation Majestic as a visitor to detention centres over the last few years was with people who had lived in Britain for years, worked hard and posed no threat to the public. Of course, all that meant nothing to the Home Office bureaucrats.

The report also describes scenes reminiscent of the blanket men. At Morton Hall, in Lincoln, a detainee ‘started a dirty protest’. So he was driven 180 miles to another detention centre, at Gatwick, where he gave up the protest and took a shower. The Inspector then says ‘He was taken to Stansted in a people carrier wearing a paper suit, with the interior prepared in case he should resume the protest.’

The most tragic story in the report is about Ms D, a mentally ill Nigerian woman who definitely did not want to go home. When she heard that they were going to deport her, she told them she ‘had nothing in Nigeria’ and threatened to kill herself if sent back. Not surprisingly then, Ms D, ‘was at the extreme of non-compliance, resisting at every point and spitting at anyone who spoke to her’. So to get her out of the country, Home Office contractors placed her in ‘leg restraints for 10 hours 5 minutes and in handcuffs for 14 hours 30 minutes, continuously in each case.’

The staff were not fazed. ‘On the whole, staff showed commendable calmness and confidence in keeping Ms D under control.’ But there were some hiccups: ‘However, her head was restrained continuously for more than 45 minutes without sufficient testing of her compliance; her arms were restrained by some staff (but not others) throughout the flight, which was unnecessary; and at one point pain compliance was used when restraint would have sufficed.’ 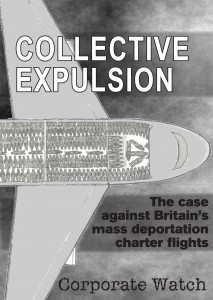 The staff are not to blame for these mistakes, because they are not trained for this scenario. The Inspector said, ‘There remains, still, no accredited training for use of force in the confined space of an aircraft, and there were clearly no procedures for the contingency of a detainee continually spitting.’

After an inquest into the death of Angolan refugee Jimmy Mubenga on a deportation flight in 2010, the Coroner warned, ‘Appropriate techniques and bespoke training packages, reflecting the environment in which restraint may need to be applied (aircraft), should be introduced expeditiously’. The new training manual, pointedly titled ‘Home Office Manual on Escorting Safely’, or HOMES, is still not ready.

Meanwhile, back on board Operation Majestic with Ms D, the ’escort staff also discussed the woman and her situation in front of her in a way which could have increased distress, and after reading a reference to mental health issues in her PER [Person Escort Record], an officer pointed to her head and said “she’s a bit…” apparently referring to Ms D’s mental health.’

When the plane landed in Lagos, Ms D was still in handcuffs and had been crying. She did not want to disembark. The report says, ‘She spat at a Nigerian official who approached her and was carried off the plane, still offering considerable resistance.’

What happened next is unbelievable. ‘Half an hour later, she was sitting on the tarmac in front of the plane with nobody communicating with her. She took all the medication, including anti-psychotic drugs that the [Home Office] paramedics had handed to the local officials who had then passed it to Ms D.’

’Nigerian officials subsequently said that Ms D was unfit to remain in Nigeria and wanted her to return to the UK. They brought her to the foot of the aircraft front steps unclothed except for a towel around her shoulders as she had ripped her clothes off.’

’Up to 30 local officials surrounded the foot of the stairs, one of whom pushed Ms D forward. She fell on to the stairs, grabbed the handrail and began to struggle. The aircraft commander, additional Tascor [the escort company] staff, pilot and paramedic all said that Ms D was unfit to fly and needed hospital attention, and approximately half hour later, an ambulance arrived.’

Ms D was taken to a local hospital and according to the Home Office, ’discharged on the same day’. But the Inspectors, ‘do not know what happened thereafter, or whether any dialogue has taken place between the Nigerian and British governments about the way that the incident was handled.’

The inspection report summarised this episode by saying, ‘The disembarkation process for Ms D was very prolonged and unduly stressful for her and others.’ Nothing special for the Home Office, however. The ghost flights go almost weekly to somewhere in the world, taking their haunted passengers with them.

Phil Miller is a researcher at Corporate Watch. To find out more about Home Office deportation flights, read the Corporate Watch report Collective Expulsion: The case against Britain's mass deportation charter flights.  [1] HM Chief Inspector of Prisons, Detainees under escort: Inspection of escort and removals to Nigeria and Ghana, 6 – 7 November 2013. 4 April 2014. It can be downloaded here (pdf file, 176kb).

Inhuman act to treat someone like that is not fair.nigeria government. Should take drastic action ,ms D suppose to get well and fit before any deportation .

shouldn’t be here to start with

I was deported from UK in 2013 to nothing my fiance wanted to marry me there and they wouldn’t let us. I was deported to nothing and even now I have no job nothing I get little help from the church and my fiance who are both in UK. I suffer from depression which I was suicidal loads of times while in UK and the government didn’t care at all. I’m just believing in God to help me get a job or something as a income to do. I’m suffering and finding it hard to survive.

A boy was deported with only £5 and he had no family in nigeria nothing and the government say you will get accomodation and money but its all lies they don’t give you nothing.

Another illegal chartered flight leaving for Nigeria on the 28th of July 2015 at 23:30 from Stansted airport

The whole scenario is disgusting, and those who think these detainees warrant the inhuman treatment they are subjected to just beggars belief.