The world is waking up to the brutality of police racism following the killing of George Floyd, which has instigated mass protests of resistance. Here we publish a collection of Race & Class articles (all free to download for the next six weeks) on policing and the carceral state in the US and the UK, featuring seminal writers including A. Sivanandan, Angela Davis, Micol Seigel and Lee Bridges.

On the US carceral state

On policing and deaths in custody in the UK

Historical articles on the US 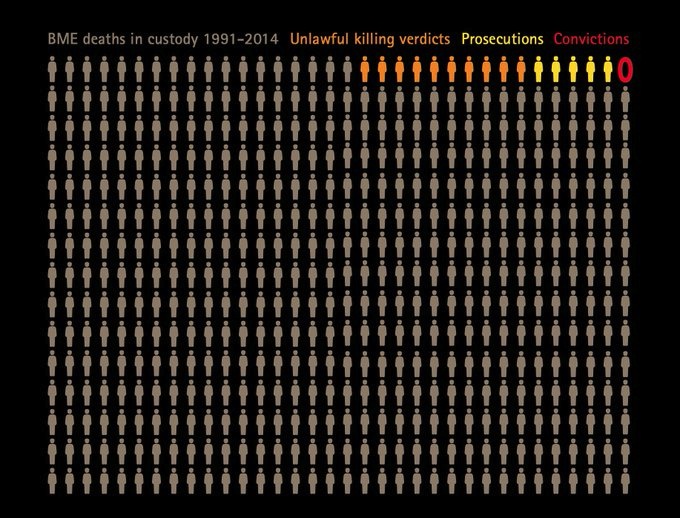