Tomorrow, on 4 May, it will be forty-nine years since the body of David Oluwale was pulled from the River Aire, Leeds in 1969. And nearly two weeks ago, the twenty-fifth anniversary of the racist murder of Stephen Lawrence in 1993 was marked.

Both deaths were watershed moments  and synonymous with racism in different ways.

The twenty-fifth anniversary of the racist murder of Stephen Lawrence was recently marked in many ways, and rightly so — the murder and its subsequent impact on British race relations is immeasurable. But it took Stephen’s family years of fighting long and hard, with their supporters and lawyers, to challenge the state to act. As a result, just two of Stephen’s racist killers were convicted in 2012 – after the law on double jeopardy was changed. 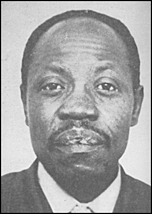 The death of David Oluwale, on the other hand, has overwhelmingly slipped from memory. He didn’t really have anyone to fight his corner and to remember him.[1] David from Nigeria arrived in the UK in Hull in September 1949 and died twenty years later after living on the streets of Leeds. He was hounded[2] to his death by two police officers (Inspector Geoff Ellerker and Sergeant Ken Kitching). His death is significant as two police officers were later prosecuted and convicted for involvement in his death and the campaign of harassment that they carried out against him.[2] These convictions are historic as it was the first and last time that police officers have been successfully prosecuted for involvement in a black death. That’s nearly fifty years ago! For families of those who die at the hands of the police, rather than racists, there is a long way to go to ensure justice.

Read an IRR review of The Hounding of David Oluwale

Read an IRR review of the play on David Oluwale

[1] David Oluwale Memorial Assocation (DOMA) was established in 2012. [2] A comprehensive book on David Oluwale was written by Kester Aspden (The Hounding of David Oluwale) and a play was also produced by Eclipse Theatre. [3] In November 1971, Geoff Ellerker and Ken Kitching faced a trial charged with manslaughter and various assaults. The manslaughter charges were dropped on the order of the judge and Ellerker and Kitching were found guilty of two assaults on David (in August and September 1968); Ellerker was also found guilty of an assault in February 1969; both were found not guilty of actual bodily harm in April 1969. Ellerker was eventually sentenced to three years and Kitching 27 months in prison.