As the file on the death of Habib Ullah in police custody in 2008 finally reaches the CPS, the intolerable delays in investigating deaths in custody are once more in the spotlight. 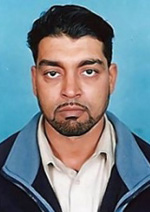 This week, the Independent Police Complaints Commission (IPCC) referred the case of Habib Ullah to the Crown Prosecution Service (CPS). The IPCC’s initial investigation concluded in late 2009 with no charges recommended. But allegations that police officers changed their statements after Habib’s death led to the inquest into his death being abandoned in December 2010 and the IPCC began a new investigation. The CPS will now have to decide whether to bring criminal charges against five Thames Valley police officers and a Police Federation solicitor.

Habib Ullah collapsed and later died on 3 July 2008 after being stopped and searched by five police officers in High Wycombe. Habib, who was also known as ‘Paps’, was father of three and came from a large family, which already had to wait over two years until December 2010 for the inquest. The inquest heard some of what happened to Habib but was abruptly halted when it emerged that police officers had changed their statements following legal advice (read an IRR News story: Sudden about turn in Habib Ullah case). The IPCC then leapt into action and began another investigation – that has taken over three years to complete. Now the family will have to wait until the CPS finally makes a decision. 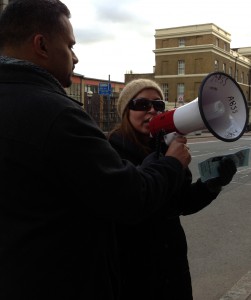 Habib’s sister, Nasrit Mahmood says: ‘This has been an extremely frustrating time for the family and [we] hope that we will get answers from CPS and a decision that is just and does not cover up the actions of the officers. We have tried to keep faith with this process during these years but for us as a family the last five or so years have been a living nightmare.’

Zia Ullah, of the Justice4Paps Campaign commented, ‘We feel reassured that the IPCC have referred Habib’s case to the CPS after so long but this is only one step and both bodies have a great deal to do to restore our confidence as a family and with the other families who have had to wait years for answers to the death of a loved one. We hope that the CPS will make a decision in a timely manner and that justice will prevail. It vindicates our decision to keep fighting despite indifference in some quarters.’

Habib’s family have, since his death, consistently campaigned (like so many others) to keep his case in the headlines; holding regular vigils at High Wycombe police station to mark the day he died and on his birthday, public meetings and marches. The Justice4Paps Campaign has also regularly joined other families in the United Families and Friends Campaign (UFFC) at their annual demonstration every October to remember those that have died in police, prison and psychiatric custody.

Last December, Habib Ullah’s family joined the United Families and Friends Campaign in a demonstration outside the CPS to protest at the lack of action over deaths in custody, including those of Azelle Rodney, Jimmy Mubenga, Sean Rigg, Anthony Grainger and Christopher Alder. (Read an IRR News story: Call for end to CPS inaction).

The CPS works at a snail’s pace, particularly where deaths in custody cases are concerned. At least six families from BME communities are awaiting a decision from the CPS on whether those involved in the deaths of their loved ones will face charges.

The CPS’ commitment to families of those who die in custody is still sadly lacking. Keir Starmer, while Director of Public Prosecutions (DPP) and head of the CPS, did make attempts, which ultimately foundered, to establish a Deaths in Custody Community Engagement Panel. Whether the new DPP, Alison Saunders, will make any progress and actually meet with families and other interested parties to discuss the issue remains to be seen.

On 16 January 2014, the CPS announced that the Chief Constable of Greater Manchester Police, Sir Peter Fahy is to face a prosecution under health and safety laws following the shooting of 36-year-old Anthony Grainger as he sat (unarmed) in a car in Culcheth, Warrington on 3 March 2012. The decision has been condemned by the family of Anthony Grainger. His cousin Wesley Ahmed commented: ‘We condemn their perverse decision not to charge any police officer for the death of Anthony Grainger but instead to charge the Chief Constable under health and safety legislation. This decision is a blatant attempt by the state to further obstruct and deny justice to the family and friends of Anthony. The justice4grainger campaign demands that police officers involved be put on trial.’

The Sunday Times reported on 2 February 2013 that Theresa May had written to the Chief Inspector of Constabulary asking ‘the inspectorate to undertake a specific thematic inspection, in 2014-2015, on the welfare of vulnerable people in police custody, including, but not limited to, those with mental health problems and people from black and minority ethnic backgrounds.’

For families to begin trusting the CPS, the CPS itself has to have the courage to make the difficult decisions which hold other agents of the state to account.

I still want PC mark tuffey to be charged for murdering Brian Douglas in 1995.