Society in black and white

A review of a publication on The Stars Campaign for Interracial Friendship, which arose to combat racism after the 1958 anti-black ‘riots’.

What a welcome job of historical recovery this pamphlet is. The community resistance to the Notting Hill and Nottingham anti-black race riots of August 1958 are well known. Much, much less well known is The Stars Campaign for Interracial Friendship (SCIF). But this brief little-acknowledged  struggle deserves a place in the history of resistance to British racism.

Who now remembers that Cleo Laine and her late husband, John Dankworth, were both founding members of SCIF? Who knows that many famous people in the music and entertainment business supported SCIF? For that matter, how many people knew about SCIF in the late 1950s? As Blackman explains, he couldn’t ‘find massive SCIF gigs in 1958 or 1959, not because they didn’t happen, but because they couldn’t happen … not only was the television in black and white, but so was society.’ 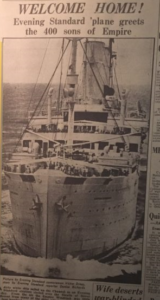 While British racism of the 1950s had, like today, a violent street manifestation and an institutional component, both were much more accepted then. In the ten years between the ship The Windrush arriving in 1948 and 1958, an estimated 125,000 West Indians arrived in England and faced overt discrimination over housing and jobs. Every-day insults and street attacks in areas such as Notting Hill in London where people lived, were common. As Blackman reminds us, in the course of the 1950s, attempts by fascist movements to reinvigorate themselves through promoting and organising such hostility and attacks, grew. What is new about his account is locating the SCIF in the midst of such overt  racism.

‘The music industry in Britain had, soon after the end of World War Two, given voice to anti-racism.’ As early as 1947 the Musicians’ Union (MU) resolved that it would oppose the colour bar wherever it appeared, and was one of the first organisations to demand a boycott of apartheid in South Africa. Partly through MU initiatives over racism in dance halls, and ‘after a sustained campaign, the colour bar was lifted in Mecca ballrooms in: Nottingham, Birmingham, Streatham and Sheffield on 16th Oct 1958’.

The MU had influenced the earlier prompt reaction to the August Bank Holiday riots from the music industry. Just a day after the trouble had finally subsided, a statement signed by twenty-seven entertainment industry celebrities appeared on the front page of Melody Maker 5 September 1958:

At a time when reason has given way to violence in parts of Britain, we, the people of all races in the world of entertainment, appeal to the public to reject racial discrimination in any shape of form. Violence will settle nothing: it will only cause suffering to innocent people and create fresh grievances. We appeal to our audiences everywhere to join us in opposing any and every aspect of colour prejudice wherever it may appear. 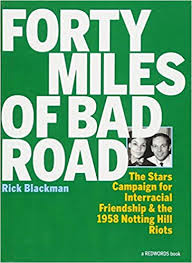 Later that month Stars Campaign for Interracial Friendship was formed as a loose association, with support from a wide range of performers from Lawrence Olivier and Ronnie Scott to Tommy Steele. One of its first actions was the distribution in jazz clubs in the West End and Notting Hill area of an illustrated broadsheet, What The Stars Say.  The ‘strategy would be to organise around the single issue of racism and use the ‘celebrity’ of its members to promote racial harmony’.

By early 1959, even as the far Right continued to build, regular social /musical gatherings were being organised through ‘The Harmony Club’ and ‘Skiffle Cellar’. ‘However tame these events may now seem, for 1959 it was ground-breaking. The colour bar was being openly challenged and music was at the heart of it.’ In addition, through its celebrity links, SCIF was able to reach and influence not only musical paper readers but millions of TV viewers too, as they sought to make ‘racism unattractive and unpopular by suggestion’. Despite its small size, Blackman sees SCIF’s public opposition to racism as having a widespread influence like no other organisation at the time. 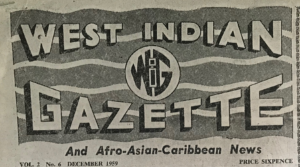 Though SCIF didn’t survive long as an organisation, Blackman sees its immediate legacy in the first Carnival, in January 1959 in St Pancras Town Hall. The famous left-wing Black activist, Claudia Jones, was both a leading member of SCIF and was a key organiser of that Carnival. She remains a key historical figure prominent for founding the pioneering West Indian Gazette in 1958, and much more. By drawing attention to her as a link between the SCIF and anti-racist campaigning and Carnival, this book provides yet another insight into this neglected episode in the history of anti-racism in Britain.