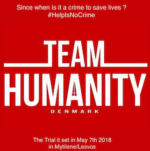 On 7 May, the trial of the crew of a search and rescue NGO ship who in January 2016 were saving lives in the Mediterranean will open in Mytilene, on the Greek island of Lesbos.

On 10 April, the IRR was invited to Berlin to participate in a solidarity meeting organised by ConAction with Team Humanity and Refugee Law Clinics Abroad. Keynote speaker Salam Aldeen spoke of the  life-changing experiences on Lesbos and the ordeal of his arrest. Also speaking was Mohammed, one of those waiting to be rescued that night, who conveyed the terror of waiting for an entire dark night for rescue as water slowly filled the boat.

The story of Salam Aldeen

The humanitarian aid effort in Greece, to help save those who were arriving by boat in dangerous vessels, intensified in September 2015, as the photograph of the body of 3-year-old Syrian-Kurdish refugee Alan Kurdi washed up on a beach in Bodrum, was syndicated across the world. It was this image that first pushed Salam to travel to Greece to do his part to help. Within two days of the publication of Turkish journalist Nilüfer Demir’s tragic photograph, on 5 September 2015, Salam travelled to Greece and within hours of landing, was assisting with humanitarian relief on the beach in Lesbos. What was planned as a week-long trip, led to the creation of Team Humanity Denmark and Aldeen’s permanent residence in Greece. 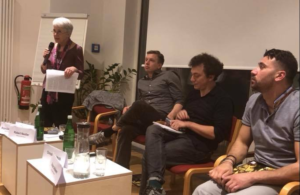 During this time there was an unprecedented number of arrivals. Salam Aldeen was bringing in desperate people from as many as 27 ships in one day, but there was, at that point, no established organisation coordinating efforts. All those who were there helped how and when they could. Over time more groups began to arrive and by November there was a loose system in place including a Whatsapp group for all the organisations to communicate with each other, send coordinates for vessels in distress and receive SOS messages. In time, there were over 200 organisations in this group and the coast guard was informed of all search and rescue missions. The coast guard even worked in tandem with the humanitarian organisations on occasion.

However, on the night of 14 January 2016 the Team Humanity ship, captained by Salam Aldeen, was stopped by the Greek coast guard off the coast of Lesbos whilst attempting to locate a boat in distress. The crew were taken in for questioning and subsequently charged with human smuggling. The Greek authorities claim that, rather than conducting a legitimate search and rescue mission, Salam Aldeen and his crew were intending to travel to Turkey to collect refugees and smuggle them back to Europe. 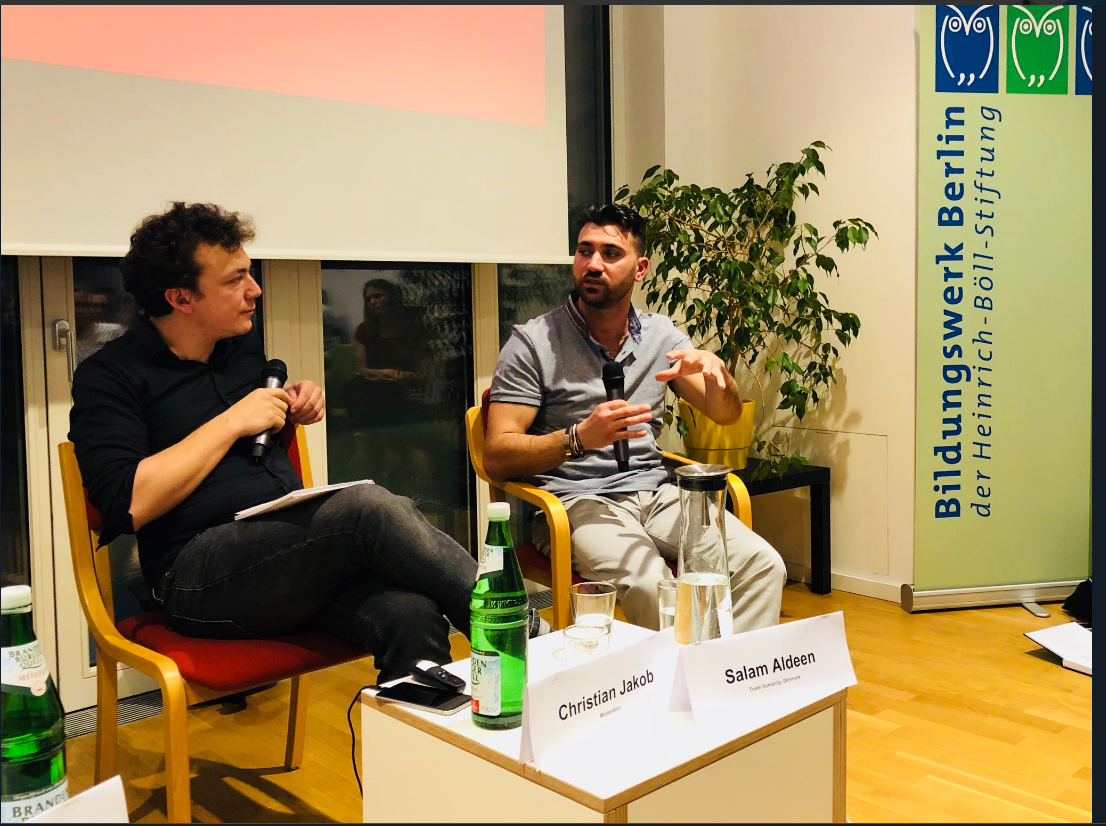 All crew members were questioned in Greek without an interpreter before being released on bail. Bail was set at €5000 for each Spanish fire-fighter and €10,000 for Aldeen, as captain of the ship and, perhaps, also reflecting his Danish-Iraqi dual citizenship. While the Spanish volunteers were allowed to return to Spain, the Greek authorities imposed more stringent bail conditions on Aldeen, meaning that he was forced to spend the next 19 months of his life confined to Greece and unable to visit his family in Denmark. During this time, he continued to work with refugees, setting up a shelter in Athens for women and children. In August 2018 he was finally allowed to return to Denmark, but only after paying another €3000.

If convicted Salam Aldeen, Manuel Blanco, Enrique Rodríguez and Julio Latorre could face up to 10 years in prison. The Greek authorities are using this case of humanitarian assistance not only to punish these activists but also to send a message to all others working in the field that their actions of solidarity and empathy could land them in prison.