Pastor Norbert Valley is the latest citizen to be charged with ‘facilitating illegal entry’ for giving assistance to a rejected asylum seeker.

Norbert Valley is the pastor of an Evangelical church in the town of Le Locle, eastern Switzerland, a small picturesque place nestling in the Jura mountains, with a population barely over 10,000. As a centre of Swiss watchmaking, it has been named as a World Heritage Site by UNESCO. And, like many Swiss watchmaking cities, its political and social history has been heavily influenced by radical and socialist ideas. The socialist party had been a leading presence in the area until 1992. 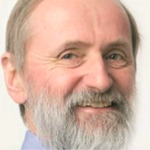 But one Sunday in February 2018 its tranquillity was broken. Police officers interrupted Pastor Valley’s sermon and escorted him away for questioning. His offence was giving occasional assistance, food and shelter, to a rejected asylum seeker from Togo. And for this he was charged with facilitating illegal entry of a foreigner under Article 116 of the Swiss immigration law.

Valley was ordered to pay a 1,000 CHf fine, which he refused on the grounds that his actions were humanitarian and part of his Christian faith. He has made it clear that if he were faced with a similar situation in the future, he would do the same again because, as he says, ‘If we don’t help our neighbours, we lose our humanity.’[1] It is this act of principle that has really condemned Valley. If prosecutors choose to follow through on the charges brought against him it will be sending a clear message to Swiss society – assistance to refugees, asylum seekers and those without papers is not acceptable, it’s criminal.

The case of Pastor Valley highlights the contradictions in the national narrative of Switzerland – a land that prides itself on its neutrality, the creation of the Red Cross and an ultra progressive view on assisted suicide has also, since 2008, removed any humanitarian exception to the facilitation laws. (In 2019 in Switzerland it is legal to help someone to die with dignity but not to give them to means to live with it.) 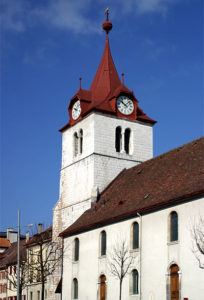 Valley’s actions are not unique. Throughout history, churches have offered support, provided sanctuary and spoken up for people in need. In 2009, Father Kevin Doran, a priest working in Ireland, spoke out against a new bill that could have seen criminal sanctions made against anyone who permitted a form of marriage that was not ‘valid under the legislation’.[2] More recently a church in the Netherlands held a continuous service for over three months to protect a family from deportation to Armenia.[3] The Bethel Church in The Hague began a service on 26 October 2018 which did not stop for ninety-six days. The pastors set up a shift system with help from others across Europe including Germany, France and Belgium so that the service could be held without a single break. According to Dutch law, police cannot disrupt services to make an arrest.[4] In January 2019 the Dutch government made a policy shift that granted temporary protection to the whole family.

Like Valley, those who spoke up in this case, made the point that they were taking a stand not just for one family but for ‘all the children of asylum-seekers’.[5] 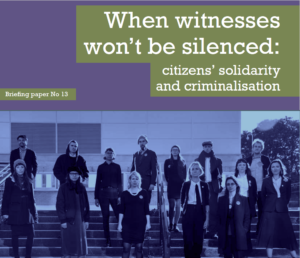 This is the first time in many years that there has been a prosecution of a priest. His arrest has sparked a large solidarity campaign and gathered a lot of media attention. There have been profiles and articles covering his story across Europe and even in America as well as support from the Swiss Evangelical Alliance (RES) and Amnesty International (AI), decrying his arrest as part of the rampant use of immigration legislation to prosecute humanitarian activists.

Churches are just one of many groups and institutions that have put themselves on the line for refugees, asylum seekers and those without papers. Since the beginning of the ‘refugee crisis’ in the summer of 2015 thousands have given assistance and support to those arriving on Europe’s shores. They have attempted to fill the gaps in the state provision that even after four years has never moved beyond an emergency response. Hundreds of these volunteers including prominent professionals such as the director or Belgium’s Marie Claire and a Danish children ombudsman, have been arrested and charged under Europe’s member states’ smuggling and trafficking laws. As Valley’s case shows the number will continue to rise whilst Europe maintains its anti-immigrant rhetoric and the framework of legal persecution.