The deradicalisation of education

Below we reproduce an excerpt from an article in the April 2016 issue of Race & Class, ‘The deradicalisation of education: terror, youth and the assault on learning’.

Across the UK, schools of all types and levels now have anti-radicalisation policies in which they pledge to be ‘vigilant’ in ‘safeguarding against radicalisation’ 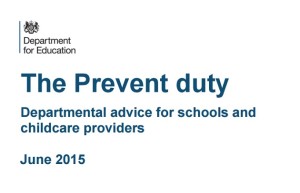 – which, as the UK Department for Education argues, is no different ‘to protecting children from other harms (e.g. drugs, gangs, neglect, sexual exploitation)’.[1] What is this radicalisation that schools are so concerned about? The most commonly used definition is the following: ‘the act or process of making a person more radical or favouring of extreme or fundamental changes in political, economic or social conditions, institutions or habits of the mind’.[2]

The claims of social reproduction theory that education functions in society to reproduce the (highly unequal) political, economic and social status quo could hardly be more bluntly illustrated than in such statements.[3] Nor are such definitions unique to the UK. In Denmark, for example, anti-radicalisation proponents have defined radicalisation as the development of a ‘desire to create a more “orderly”, “pure” or “just” society’, of ‘simplified world views’ in which ‘certain groups or social conditions are seen to constitute a threat’, and as ‘a growing readiness to pursue and support far-reaching changes in society that conflict with, or pose a direct threat to, the existing order’.[4]

When considering these commitments to oppose and pathologise any individual who favours ‘fundamental changes in political, economic or social conditions’, the key point is not that something dramatic is being changed in schools and other educational institutions with the introduction of anti-radicalisation. Rather, the willingness and ability of schools to accept and publicise such statements as being sensible and unremarkable may be taken as a sign of how much has already changed in the education system. After decades of neoliberal restructuring, as many educational researchers have noted previously, ‘the purposes of education … have been (re)articulated away from any social welfare notion of education playing a central role in socially engineering a more inclusive, just and egalitarian society, to one in which the central concern is on the individual abilities of pupils, schools and workers to compete in a global market economy’.[5] It is only in the context of this re-orientation of the goals of education that we can make sense of one of the more peculiar claims found in many school anti-radicalisation policies, ‘it is recognised that children with low aspirations are more vulnerable to radicalisation and therefore we strive to equip our pupils with confidence, self-belief, respect and tolerance’.[6]

Not only is it unclear what evidence base supports this claim, but, given that aspiration is typically understood as ‘a strong desire to achieve something high or great’, to then assert that a student who hopes to fundamentally change society overall has low aspirations would seem something of an oxymoron.[7]

In many anti-radicalisation policies, schools do invoke the importance of fostering discussion, debate and critical thinking around issues of radicalisation, extremism and terrorism. ‘Education is a powerful weapon’, states one school’s anti-radicalisation policy, ‘equipping young people with the knowledge, skills and critical thinking to challenge and debate in an informed way’; ‘education can play a powerful role in encouraging young people to challenge ideas, think for themselves and take responsibility for their actions’, states another.[8] But the outcome of discussion and debate in the classroom tends to be strictly prescribed: the direct assumption of these policies is that if a student maintains or ends up with radical ideas, this can only be due to a failure of the educational process, not its success. Education is deemed a ‘powerful weapon’ against radicalisation, not for it. ‘We will all strive to eradicate the myths and assumptions that can lead to some young people becoming [susceptible to] radical influences’, states Cox Green Secondary School in Berkshire: ‘in our school this will be achieved by good teaching’.[9] Indeed, one of the goals emphasised throughout school anti-radicalisation policies is that of ‘equipping our pupils with the appropriate skills, knowledge, understanding and awareness for resilience’.[10] Resilience has increasingly become ‘a pervasive idiom of global governance’ and, as MacKinnon and Derickson point out, tends to be ‘conservative when applied to the social sphere, referring to the stability of a system against interference’ that ‘not only privileges established social structures … but also closes off wider questions of progressive social change which require interference with, and transformation of, established “systems”’.[11] This is clearly the case with school anti-radicalisation policies, where resilience is defined as being able to ‘understand the dangers of radicalisation and exposure to extremist’s views … and knowing what to do if they experience them’.[12]

One of the interventions that has attracted the most controversy in the anti-radicalisation movement in the UK is the 2011 decision of the Coalition government to demand that schools teach ‘fundamental British values’, defined as ‘including democracy, the rule of law, individual liberty and mutual respect and tolerance of different faiths and beliefs’, as a way to prevent radicalisation among the young – a parallel with the school programme to teach ‘Republican values’ set up in France in 2015 in the wake of the Charlie Hebdo killings. Much criticism has focused on the social divisiveness and intellectual dishonesty of labelling and promoting a particular set of ‘British’ values.[13] 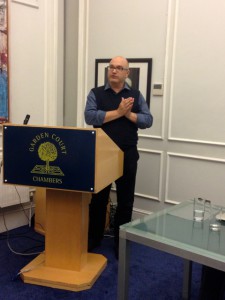 But concern, too, has centred on the apparent ruling out, or at least strong dampening down, of any questioning, challenging or changing of core social and political values by educators and students in the classroom. All of these ‘fundamental’ values, as educationalists Bolloten and Richardson note, ‘are open to conflicting interpretations, and over the years have had different meanings at different times and in different contexts’.[14] Even if one looks just at school anti-radicalisation policies, it is notable that the same schools that identify ‘tolerance of different faiths and beliefs’ as a ‘fundamental’ value also announce that they have ‘a zero tolerance approach to extremist behaviour for all school community members’.[15] Depending on context, all of these values could be subject to contestation. For example, as Howard Zinn once observed about the rule of law:

Similarly, Michael Goodwin, headteacher of the Quaker Sibford school in Oxfordshire, points out that, in the context of the UK, categorical acceptance of the rule of law ‘would have meant that slavery remained legal, that homosexuality was a criminal offence and that women were wrong to campaign for universal suffrage’. ‘It has been the questioning and challenging of the rule of law’, Goodwin writes, ‘that has shaped and developed some of the British values that we are now asked to promote.’[17]

Read this article by Bill Bolloten, ‘Education Not Surveillance’, here