Three years after Capita took on a Ministry of Justice contract to provide interpreting services in courts and tribunals, recent cases and an independent review have demonstrated that it is still failing, with serious consequences.

On average, 700 requests are made to the courts in England and Wales every day for the use of an interpreter to assist foreign language speakers and the hearing impaired. The provision of such services is a requirement under the UK’s obligations under European human rights law, the common law and to ensure justice and fair trial standards for all parties.

According to the latest Ministry of Justice (MoJ) statistics, its outsourced contractor Capita Translation and Interpreting (TI) fails to send interpreters to court in over thirty cases a day, reflecting a ‘success rate’ of under 95 per cent.[1] The contract stipulates a success rate of 98 per cent.

The absence of an interpreter means hearings are inevitably adjourned and delayed, sometimes leaving defendants unnecessarily held on remand. Less commonly, one of the parties steps in to translate for another, or a friend or relative attempts to facilitate communication. But the ability to interpret is not equivalent to the ability to speak a foreign language. Particularly in complicated court settings, the service needs to be provided by qualified and experienced professionals.

Until 2012, the service was provided by independent qualified interpreters booked directly by the courts from a regulated national register. In August 2011, in order to provide greater efficiency and cost savings, the MoJ signed a framework agreement, worth £168 million, for the provision of legal interpreting services for foreign languages and deaf users across the justice system (police, prisons, etc.) As part of this agreement, in October 2011, the MoJ signed another £90 million five-year contract covering mainly the courts and tribunals*.

Interpreters protest outside the Houses of Parliament, April 2012 (Aisha Maniar)

The agreement was made with Applied Language Solutions Ltd (ALS), a small private language service provider. But before the courts contract took effect on 30 January 2012, ALS was acquired by Capita, a giant in public service outsourcing. Capita had no prior experience in the languages sector, yet in its own words: ‘Our Framework Agreement with the Ministry of Justice for the provision of language services makes us one of the largest providers of public sector interpreting services operating in the UK.’

The agreement has been described by politicians as a ‘car crash’ and ‘nothing short of shambolic’, and has been subject to inquiries by the National Audit Office, the parliamentary Public Accounts Committee and the Justice Select Committee.

An ongoing boycott by the vast majority of qualified and experienced court interpreters, following the cut in standards and pay the framework agreement entails, has meant the contract target of 98 per cent of fulfilled assignments has never been met. The MoJ has had the option throughout of terminating this contract which has never been performed according to the terms agreed. It has chosen instead to defend the agreement and its partnership with Capita TI consistently. The latest MoJ statistics, with the ‘success rate’ going from ‘from 90.1% in 2013 to 94.6% in 2014’ provide it with some vindication: the service has improved and complaints have fallen.

The courts tell another story. In 2014, the MoJ alleged £27 million of savings had been made through the framework agreement, but that does not include the costs occasioned through retrials, individuals being held unnecessarily on remand, and delays. In February 2015, Sir James Munby, president of the family division, ordered Capita to pay costs of almost £16,000 when a Slovak interpreter was not provided on seven occasions in the same adoption case, describing the situation as a ‘truly lamentable state of affairs’. 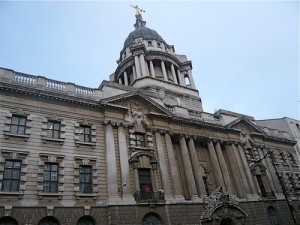 In March, a war crimes prosecution brought under universal jurisdiction laws, concerning the torture of two individuals by an army officer in Nepal in 2005 during the civil war there, only the second of its kind in the UK, had to be adjourned until later this year when no Nepalese interpreter attended the Old Bailey. The previous day at the same court, a Somali-speaking defendant accused of murdering his sister had his case put back to June, as the lack of an interpreter meant he could not enter a plea.

Where are we now?

While the MoJ and Capita TI, in the latter case as a profit-driven enterprise, insist on highlighting the quantitative gains of the framework agreement, the problems experienced by service providers – interpreters – and users – courts, lawyers, complainants and defendants – are almost always qualitative. Now in its fourth year, the arrangement is having a tangible impact on the administration of justice in the courts.

In response to critical parliamentary reports, in January 2014, the MoJ commissioned an independent review into quality arrangements under the framework agreement. The findings were published in November 2014. The report, by consultancy group OptimityMatrix, found that fewer than half of the interpreters employed by Capita TI held adequate or acceptable interpreting qualifications (usually certification from an interpreting body or a university degree). The linguists interviewed also felt that there is a ‘perceived lack of focus on both qualifications and experience in the procedure’ of selecting interpreters.

The report recommended more emphasis on qualifications and experience in hiring, and continuous professional development for interpreters. It also called for regulation of the profession, even though such a recommendation fell outside the scope of the review. This is perhaps indicative of how far and tangibly standards have fallen since 2012.

The MoJ published its response in December 2014, maintaining its claim that ‘we have seen dramatic improvements over the last two years and we are continuing targeted work and investment to further improve performance to deliver value for the taxpayer’. It did not accept most of the report’s recommendations. 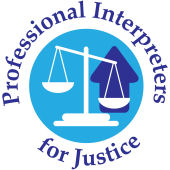 With the framework agreement due to be retendered this year, to take effect when the current agreement expires in October 2016, representatives of the umbrella group Professional Interpreters for Justice (PI4J) met the MoJ in February to discuss what progress could be made following the recommendations in the Matrix review. Stating its desire ‘to work with interpreters’ representative bodies’, the MoJ  held a workshop with representatives of PI4J on the procurement system.

Prior to this, in late March, PI4J sent an e-mail to the Crown Commercial Services stating that it:

‘cannot support any arrangements or FWA [framework] which does not fully take into consideration all our submissions in respect of minimum professional qualifications for Public Service Interpreters (PSI) and BSL/English Interpreters, Deaf interpreters and Sign Language translators, mandatory NRPSI/NRCPD/SASLI registration, and independent regulation and quality and performance auditing.

Without these safeguards, access to justice will be denied and human rights and race relations will be jeopardised.

Robust standards need to be set and vigorously enforced in order to protect the public and those we serve, which include many vulnerable people, victims and witnesses in the community and justice sector. They must be afforded equal access to the highest levels of linguistic support.’

On 25 March, PI4J launched a manifesto which included the following demands: the use of qualified interpreters; full consultation with the interpreting profession; sustainable terms and conditions to be offered to interpreters; independent auditing of quality and performance, independent regulators; and minimum levels of interpreter qualification.

Interpreters are not an accessory but an essential part of the court system. The MoJ has failed consistently to engage effectively with professional interpreters. In 2013, following the publication of a critical report by the parliamentary Justice Select Committee, the MoJ responded by holding a meeting with interpreter representative bodies and offered interpreters a new package with a pay increase and marginally higher travel allowance. It effectively varied the terms of the framework agreement and ploughed almost £3 million more into it, but the qualitative issues remained unaddressed. The new package was broadly rejected by interpreters.

Professional interpreters are renewing their call for the current framework agreement to be scrapped unless radical improvements are made in a new tender and framework agreement. Court interpreting is a vital public service and not a consumer product. Profits can be recuperated but the sharp decline in quality may be a permanent loss with a severe impact on the rights of the vulnerable.

Aisha Maniar is a freelance translator and human rights activist. She is not an interpreter.

References: [1] This ‘success rate’ does not include cases where hearings are adjourned or retrials held due to the poor service provided by the Capita TI interpreter.