The Passing of the King 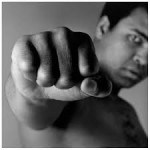 Written by A. Sivanandan

We reproduce below A. Sivanandan’s eulogy on Muhammad Ali on the day he lost to Joe Frazier in March 1971. 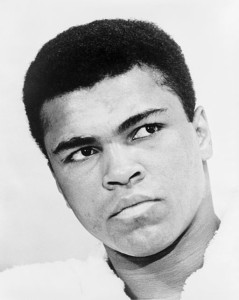 The white world had willed that the king should die. But it took the might of the most powerful, the most designing judicial system in the world to bring the king down. Joe Frazier was the unreckoning tool of that design.

Heavyweight boxing had, until the advent of Muhammad Ali, come to be associated with brute force. If it once had been the province of elegant gladiators like Gentleman Jim Corbett, it was as the sport of white men. But as the black man began to claim the game more consistently, the game itself became tainted with the stereotype image of the ‘nigger’. It was a thing for brutes – hefty, slow-moving, slow-thinking sub-humans – a blood sport from which the white man would gather profit and pleasure at no great cost to himself.

At worst it was a game of make-believe, a confidence trick wherein the Thing, by being allowed to become a Super-Thing, believed it passed for man. Or so it would have seemed – until the black renaissance of the sixties. Even the civil rights struggle had only served to cordon off the black athlete in a bantustan of sport. It was left to Malcolm X and the black power movement to threaten the total release of the Negro.

Muhammad Ali is the finest epitome of that release. And it is this that bugs white society so. He is not just a prize-fighter, he is not even one man. He is many men in one – and all of them black. Out of the very blackness, which white society decrees as evil, he squeezes out an image of himself and of his people which is both peerless and profound. Out of the very handicaps inherent in the medium he works in, he reconstructs a style which is also the life style of his people. His people dance, he dances. His people sing, he sings – in verse. His people stand with wearied heads, he brings them erect again. His people brave their broken bodies, he gives a swagger to them. And to the sport itself – to the most heavy-footed sport of all – he brings an artistry unsurpassed by Pavlova. Out of an elegy he makes a hymn.

This is an edited version of a piece first published on 4 April 1971. See A Different Hunger: Writings on Black Resistance (London, Pluto Press).

I’d quite forgotten how beautiful this piece on Ali was. I love that Ali reminded his people that we could dance, sing and swagger, stand tall and shout ‘I am the greatest’ at the top of our voices, even as we said no to everyone who would silent, sullen and submissive.